NM AMPS meets every other month at club members houses. Our goal is to promote and improve armor modeling, figure painting and diorama building skills. If you are interested in being added to our email list, please contact Paul Kirchner.

For more information on the Armor Modeling and Preservation Society (AMPS), please go to http://www.amps-armor.org/ampssite/default.aspx.

The next meeting of the New Mexico Armor Modeling and Preservation Society (AMPS) will be held on Sunday, April 24th at 1:00 PM, at Dave Miller’s house. Please contact Dave or Paul Kirchner
for directions. Bring your latest armor projects or finished pieces.

This past April 26-28th (2012), I attended the AMPS Nationals in Auburn, Indiana at the World War 2 Victory Museum. They have used this venue before in 2008 and 2010. I attended the show in 2008 when I drove out from Santa Fe. This time I decided to fly and I am glad to say I didn’t have any problems getting my models there. In fact the TSA screener at the Santa Fe airport asked me if they were tanks in the container. The only problem I had was my model box was too large to fit under the single isle seat of small jet we flew out on. Luckily the person across the isle traded seats with me. Other than that everything made it out and back without any damage.

For those of you who are not familiar how AMPS administers a contest, you can check out this link for the full details: http://www.amps-armor.org/ampssite/contestRules.aspx

I’ll give you a quick overview. Your model is not judged against anyone else’s model except in the case of Best of Show awards. You are judged by a group of four modelers on a points scale that adds up to 30 points and the lowest score is dropped. The awards are Gold, Silver, and Bronze and depending on what level your at, this will determine what your score will be. The different levels are on the website. When you enter your models at the show, they are put in the judging room and as they are judged are brought out to the tables for viewing. So once the show begins judging begins. They run two hour shifts and have six tables going per shift. The only models that are judged out on the floor are dioramas, vignettes and figures. This year I took the judges certification class and I’m now an AMPS certified judge. It consisted of two hours of classroom training on Thursday night and at least two judging shifts. I ended up doing a total of four shifts. This year they had a record number of models entered, 648. Judging was done by 3pm on Saturday.

Along with the contest they had seminars and a raffle. This year some of the seminar presenters included Mig Jimenez and Adam Wilder. I had a chance to talk to both of them at the show, and they were both down-to-earth guys. This show it was also an opportunity to meet up with old friends or a chance to meet someone I might have talked to online. I did both this year. It was a great show and the only real criticism I have of the venue is the lighting in the display area of the museum where all the vehicles are kept. It is poor and most of the vehicles have barricades around them so you can’t get up real close to take detail shots. Other then that it was a great show with a ton of great armor. So if you ever get a chance to go to one I would personally recommend it. If you ever want to come to one of our NM AMPS meetings, E-mail me and I’ll add you to our mailing list. There is no cost to join but we do encourage you to join the national AMPS organization. 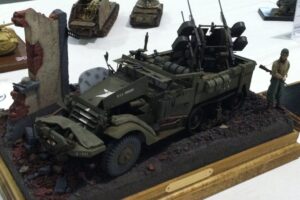 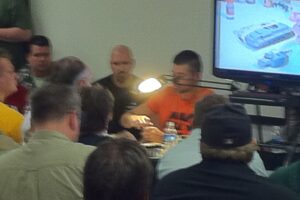 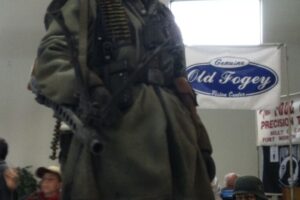 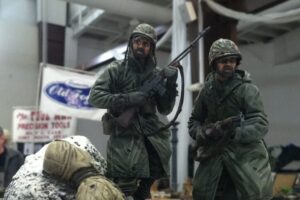 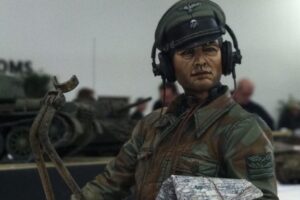 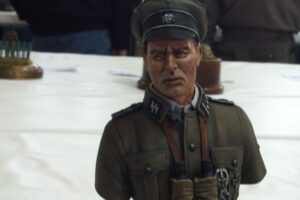 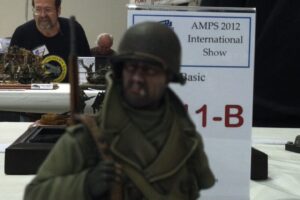 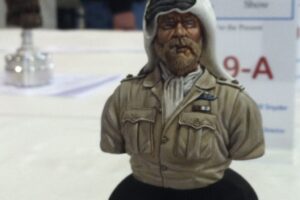 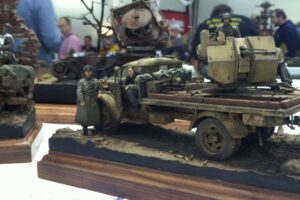 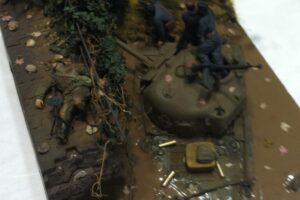